The Contax G90, officially known as the Carl Zeiss Sonnar T* 90mm f/2.8, was designed for the autofocus Contax G1 and G2 camera bodies. The Contax bodies are considered advanced film cameras and serious photographers still use them today. The Contax name is famous for its technological innovations and its close relation with the Zeiss family of lenses.

The Zeiss lenses for Contax rangefinder mount most notably include the 28mm Biogon, 45mm Planar, and 90mm Sonnar. The 35mm Planar was released at a later time and seemed not as popular in those days.

When coupled with a Contax rangefinder camera, the 90mm Sonnar had problems with autofocus (although this issue was controversial). However, the quality of the lens (together with the 28mm and 45mm) was beyond any doubt among the best in its class.

Today, the Japanese (and the Chinese who copies them) successfully engineered Contax-to-NEX mounts so that these lenses can now be adapted to a digital body. Other than the wide angle G16 and G21, other Zeiss for Contax G lenses do not have much problem adapting to the NEX. Of course, these lenses when mounted to the NEX loses autofocus ability. 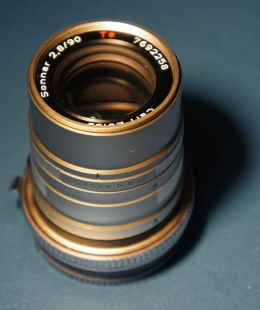 I have such pleasure in using this lens, partly due to the Zeiss brand – I can never imagine myself procuring a Zeiss lens at such an attractive price. The Zeiss for Contax G lenses cost merely a fraction of the cost of the ZM (for Leica), ZE/ZF (for SLF) mount Zeiss glass. But you can of course argue that the Contax lenses are of older design, have more glare, etc.

The color is vibrant, and the lens is sharp even wide open. On the NEX’s cropped sensor (x1.5) the focal length becomes 135mm which makes it ideal for outdoor portraiture and general telephotography.

However, the focusing ring on the adapter really needs some time getting used to. At least, it gets relatively easier/smoother to focus once you use the lens more often. Please visit this link for the photographs tagged Contax G90.